We Need New Words for Work

I’m cracking the word “work” into dozens of new words. 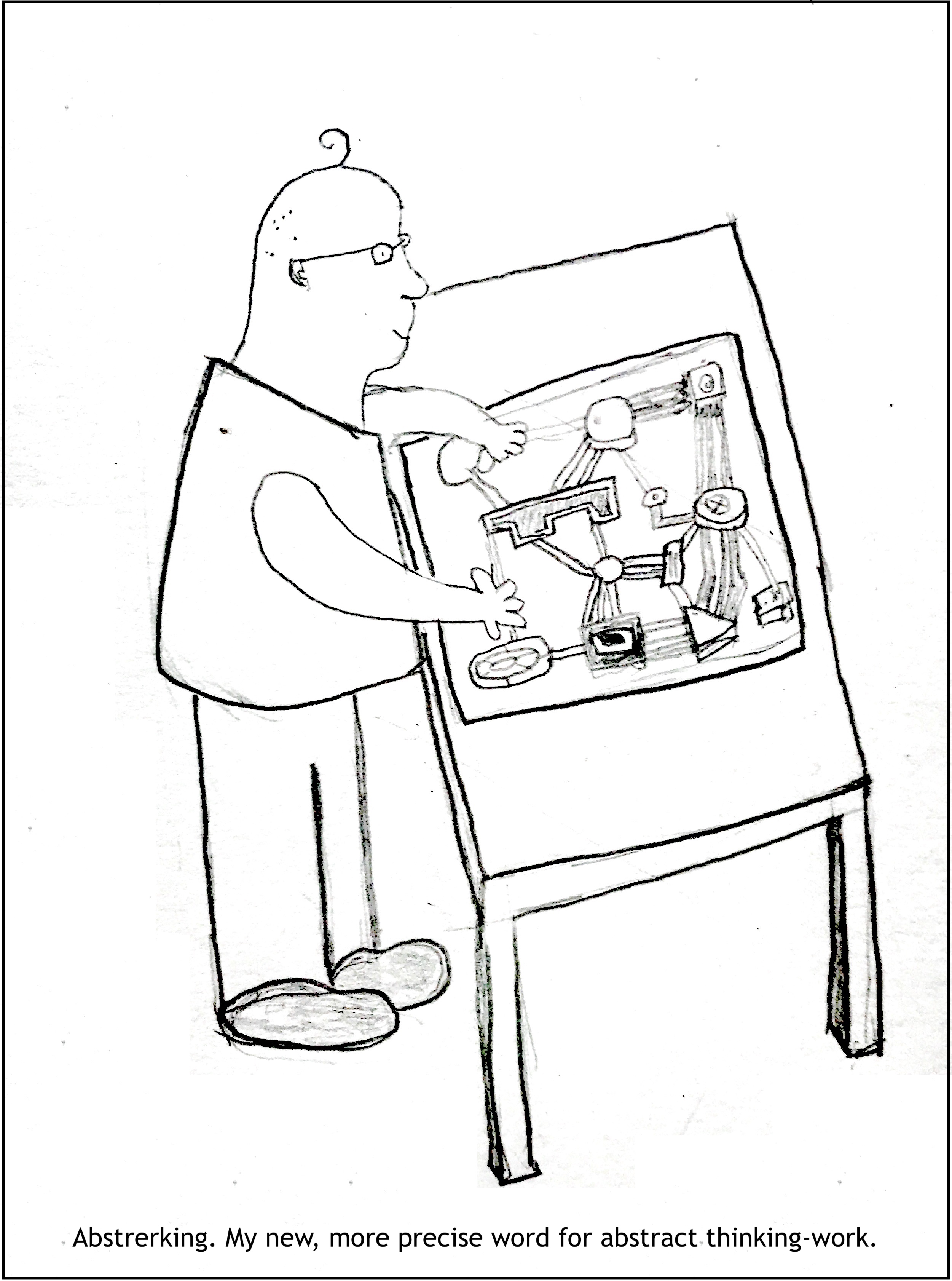 I’ve “worked” fifteen years in business, education, restaurants, on a farm, as a software developer, as a startup founder, as a writer, musician and freelancer. The English language lumps this mass of diverse activities into the grab-all catch-phrase “work”. What if we had words for different types of work? How might that help us understand the nature of our actions better?

What would it look like to crack “work” into a list of more precise words? One place to start is looking at how other languages split our concepts into multiple words. Ancient Greek, for example, has five different, precise words for our “love”:

More precise words for love enable the Ancient Greeks to understand their own emotions with more clarity. A lack of words has practical consequences. Our words create our perception of the world. To take just one example, many countries have instituted a 40-hour “work” week. Imagine if we had specific words. Would we have a 60-hour “speerk” week and a 20-hour “merk” week? Language has the power to be a precision tool. The word “work” is like a hammer. Every problem becomes a nail.

Today I’m cracking open the word “work” and inventing new ones to replace it. To show a relationship between them, I end all of my new words with “rk”.

An amusing example of confusion about different types of work - in this case crearking versus speerking - comes from the Renaissance. Walter Isaacson describes it in his biography of Leonardo Da Vinci,

“On other days, nothing would be painted. According to the account of a priest, ‘Leonardo would remain in front of the painting for one or two hours and contemplate in solitude, examining and criticizing to himself the figures that he had created.’ Then there were dramatic days that combined his penchant for procrastination. As if caught by whim or passion, he would arrive suddenly in the middle of the day, ‘climb the scaffolding, seize a brush, apply a brush stroke or two to one of his figures, and suddenly depart.’ Leonard’s procrastination led to amusing tales, such as the time the church prior became frustrated and complained. “He wanted [DaVinci] never to lay down his brush, as if he were a laborer hoeing the Prior’s garden,” Vasari wrote. When Leonardo was summoned by the Duke, they ended up having a discussion of hhow creative work (crearking) occurs. Sometimes it requires going slowly, pausing, even procrastinating. This allows ideas to marinate, Leonardo explained. Intuitinon needs nurturing. ‘Men of lofty genius sometimes accomplish the most when they work least,’ he told the duke.”

Words are the beginning of how we structure the world around us. No wonder, then, that our grab-bag catch-all “work” has led us to structure our world blind to these different categories. We institute a 40-hour-work-week, when speerking we might be able to work longer and merking and crearking we might need to work fewer hours (or switch to other activities).

Harvesting broccoli, bartending, solving computer science problems, managing people, writing a book - all of these activities (all of which I have done at different stages of my career) are so different for our bodies and our minds that it’s bizarre that we lump them all as the same activity called “work.” The diversity of these activities deserve diverse words, rules, expectations, work hours - maybe even legal standing.

Unfortunately even today many organizations are still led and organized like the hoe-wielding churchman who confronted DaVinci. The industrial revolution led to an even greater standardization of work. For mecherking this made sense. How much productivity could we increase if we had a better vocabulary for categories of work?

All philosophy begins with defining one’s terms. Let’s invent new words to help us understand the nature of the diverse activities we’ve blindly lumped together into the one catch-all grab-bag word “work.”